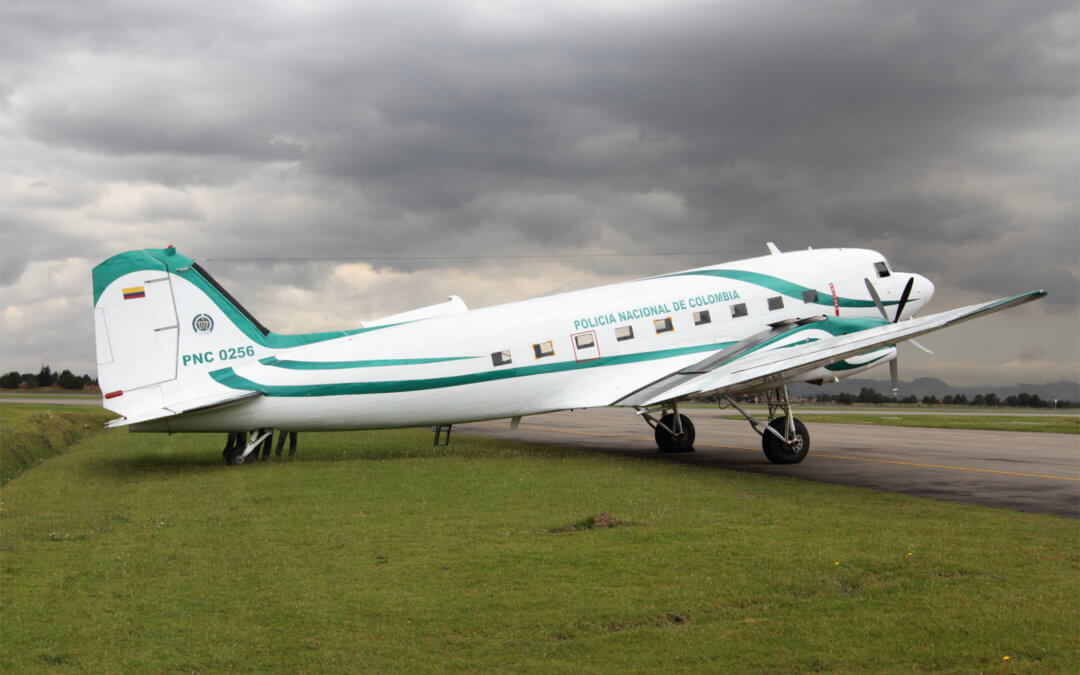 The Colombian Police can trace their origins back to 1891 when it was established as a direct report to the Governor of Cundinamarca and the Mayor of Bogota.  In 1915, government statute defined the mission of the police to preserve public tranquillity.  The organisation was divided into three groups:

In addition, the police now reported to the General Command of the Armed Forces (today the Ministry of Defence).

In 1995, a Plan for Cultural Transformation and Institutional Improvement was introduced in Colombia and this resulted in a step change improvement in the competence and efficiency of the police.  The mission today is stated as maintaining the conditions necessary for the exercise of public rights and freedoms and to ensure that the inhabitants of Colombia live in peace.

The fleet has been acquired both through direct procurement and also seizure of assets used by drug carriers.

Apart from the Colombian owned aircraft, the US Department of State runs the Aerial Eradication Program (EAP) under the Plan Colombia.  Coca and poppy fields are sprayed by Air Tractor AT-802s supported by Cessna 208s.  Colombian operated helicopters provide necessary Search and Rescue and gunship support during eradication missions which obviously can be quite dangerous.  These missions have been highly successful and have resulted in a massive reduction in crops and have forced the drug producers to move operations into neighbouring countries.

There are five permanent bases operated as follows:

El Dorado, Guaymaral and Mariquita are the main police aviation bases, the latter also housing the police’s own aviation school.  There are many other police aviation forward operating locations but they are not always active.

Special thanks to 4Aviation, Paolo Di Biagio and the Colombian Police for their help in producing this article. 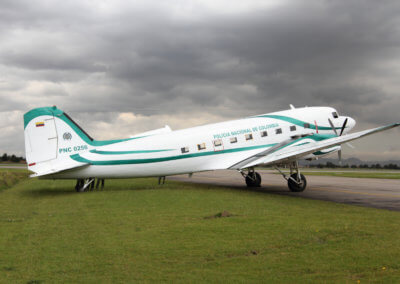 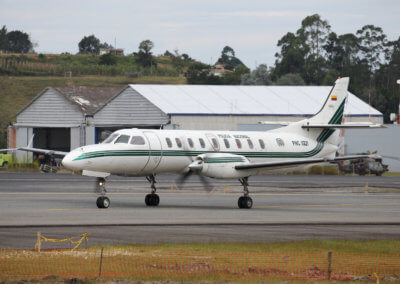 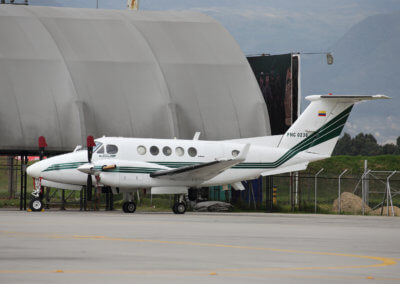 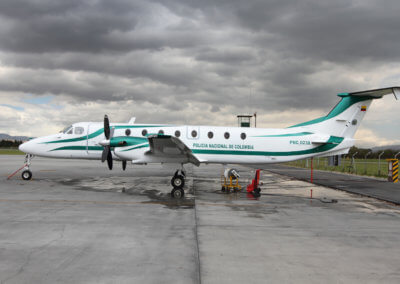 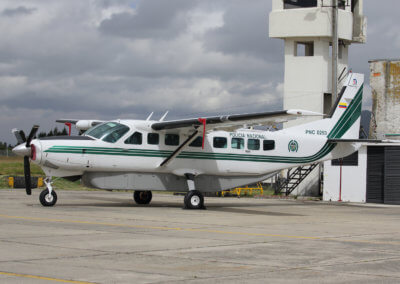 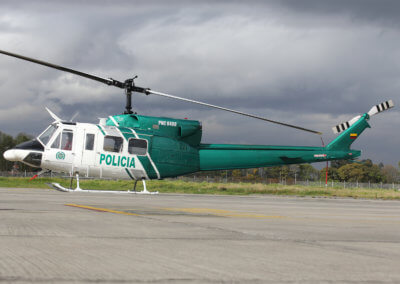 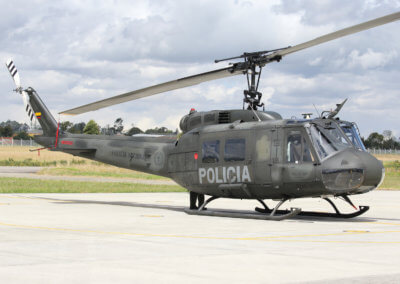 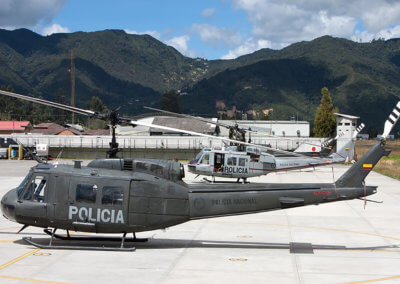 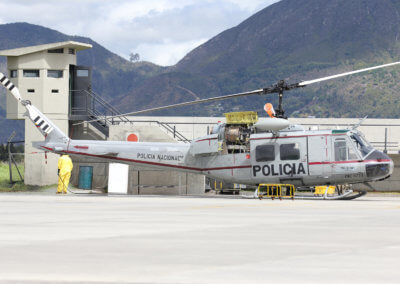 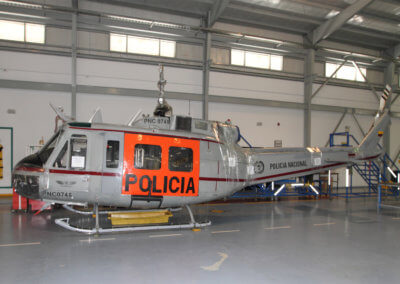 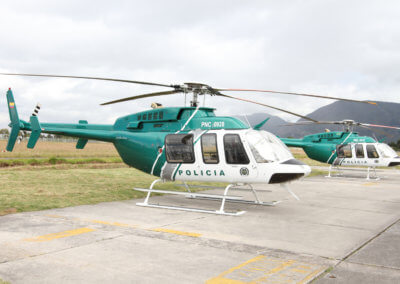 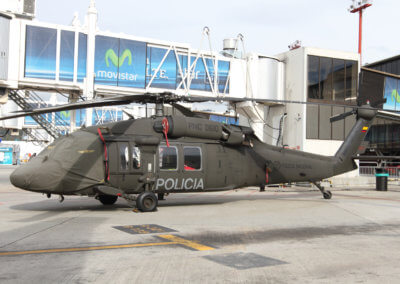 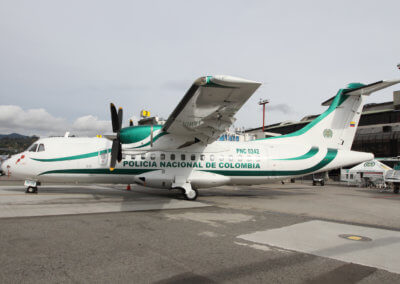