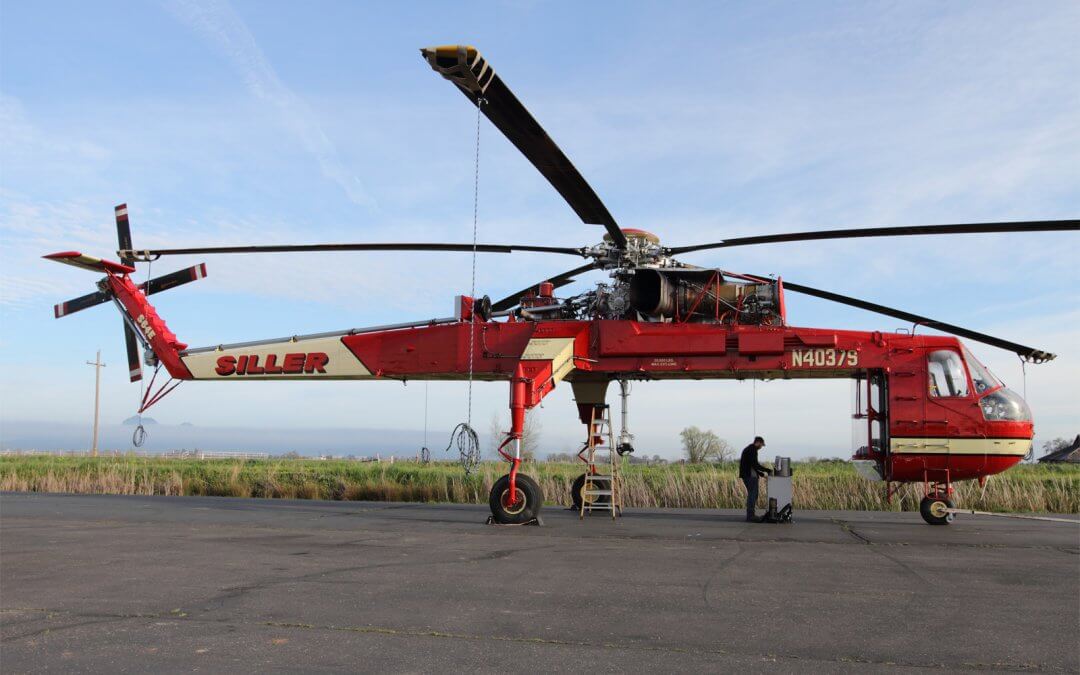 Activity is lower in winter and we were able to visit the main helicopter base near Yuba City in northern California.  Here, the fleet was undergoing winter maintenance ready for the busy summer season.  The operational fleet consists of two variants of two helicopter types as follows:

This truly is a massive helicopter, designed and built in the 1960s and nothing since has come close to replacing it.  Approximately 100 were built.  It has a lifting capacity of 20,000 pounds which is the same as its empty weight!  The E model is preferred for operations as the crane operator sits in a bubble at the rear of the cockpit section and has a clear viewpoint for winching operations.  The CH-54A has a flat section at the rear of the cockpit and this provides a more restricted view for the crane operator.

The operational Skycranes are kept in fantastic condition reflecting their high value and worth to the business.  Each helicopter has its own dedicated mechanics trailer, similar to those of professional racing  car teams, and each trailer is even annotated with the aircraft’s registration number.

The active fleet consists of:

The S-61 was the backbone of US Navy helicopter operations for decades until replaced by the S-70 Seahawk.  It was based on a 1950s design with production starting in the 1960s.  Over 1,000 helicopters were produced.  Many S-61s have since found their way onto the civilian market.

The S-61s operated by Siller Helicopters have a maximum gross weight of 22,000 pounds of which 10,000 pounds would be cargo.

The active fleets consists of:

Aviation Press Limited would like to thank Jim Anderson, Director of Sales & Marketing and Siller Helicopters Inc, for their assistance with this article. 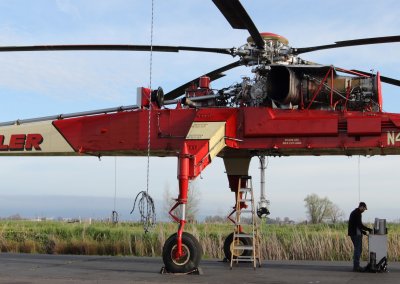 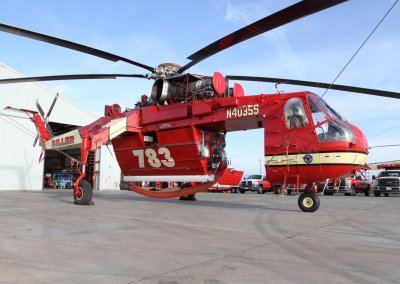 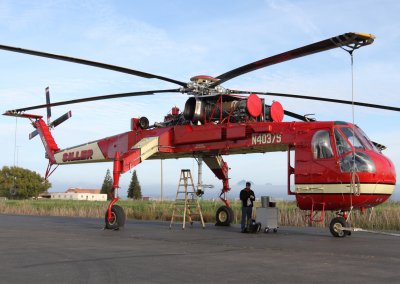 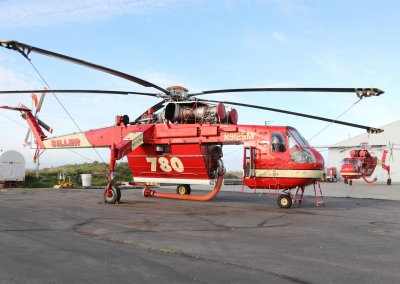 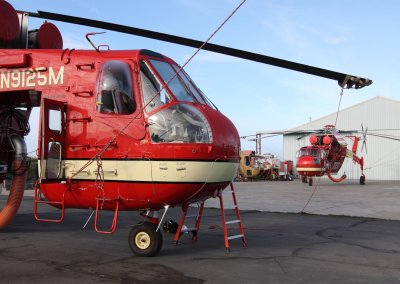 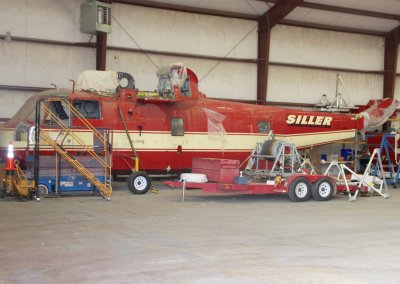 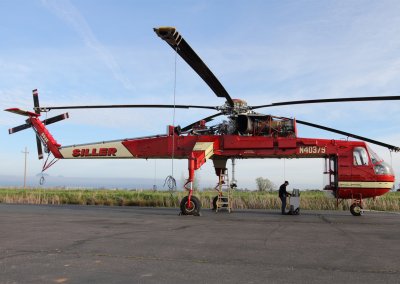