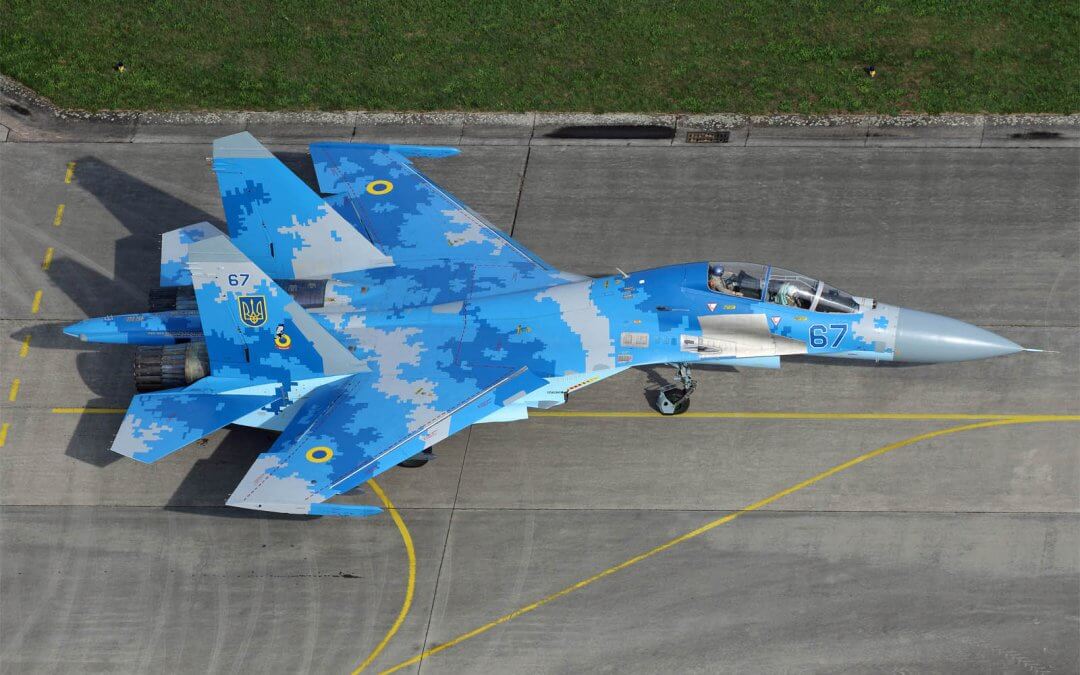 The 831st Galatskiy Chervonopraporniy order of the Kutuzova 3rd Regiment was established on November 27 in 1941 in Krasnovodsk originally as the 659th Fighter Aviation Regiment.  In 1941 the Regiment was armed with Polikarpov I-15bis biplane fighters.  From 1942 to 1943 the Regiment received new Yakovlev Yak-1 and Yak-7 and from 1943 to 1945 the Regiment added the Yakovlev Yak-9D.  The Regiment participated in the liberation of Romania, Bulgaria, Hungary, and Austria on the Kalininskiy South-West and Ukrainian fronts. During the Second World War the Regiment performed 9,960 combat flights, 10,451 flying hours, shot down 417 enemy aircraft and destroyed 838 enemy vehicles. 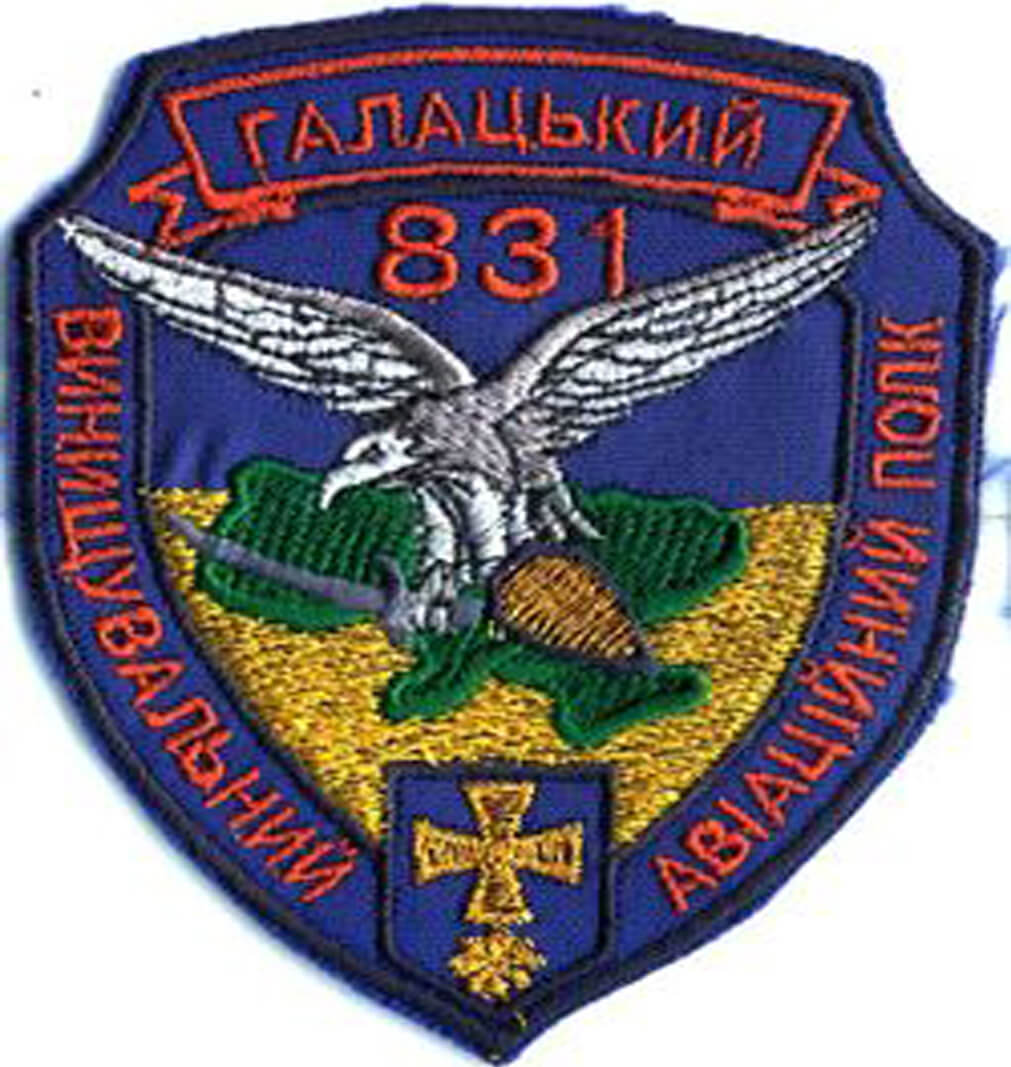 Three pilots from the regiment achieved the rank of Heroes of Soviet Union for courage and honour.  The Regiment was honored with the personal name “Galatskiy” regiment for combat success during the liberation of the towns of Izmail (Ukraine) and Galats (Romania).

After the Second World War the airfield was rebuilt and used by Soviet forces.  The 659th Fighter Aviation Regiment was renamed the 831st Fighter Aviation Regiment in 1949 by which time it was operating from Kiev-Borispol.  The unit relocated to Myrgorod in 1977.  During the postwar period the Regiment operated the following aircraft: Mikoyan MiG-15, MiG-17 (from 1951), MiG-21bis (from 1966), MiG-21SM (from 1973) and Sukhoi Su-27 (from 1985). 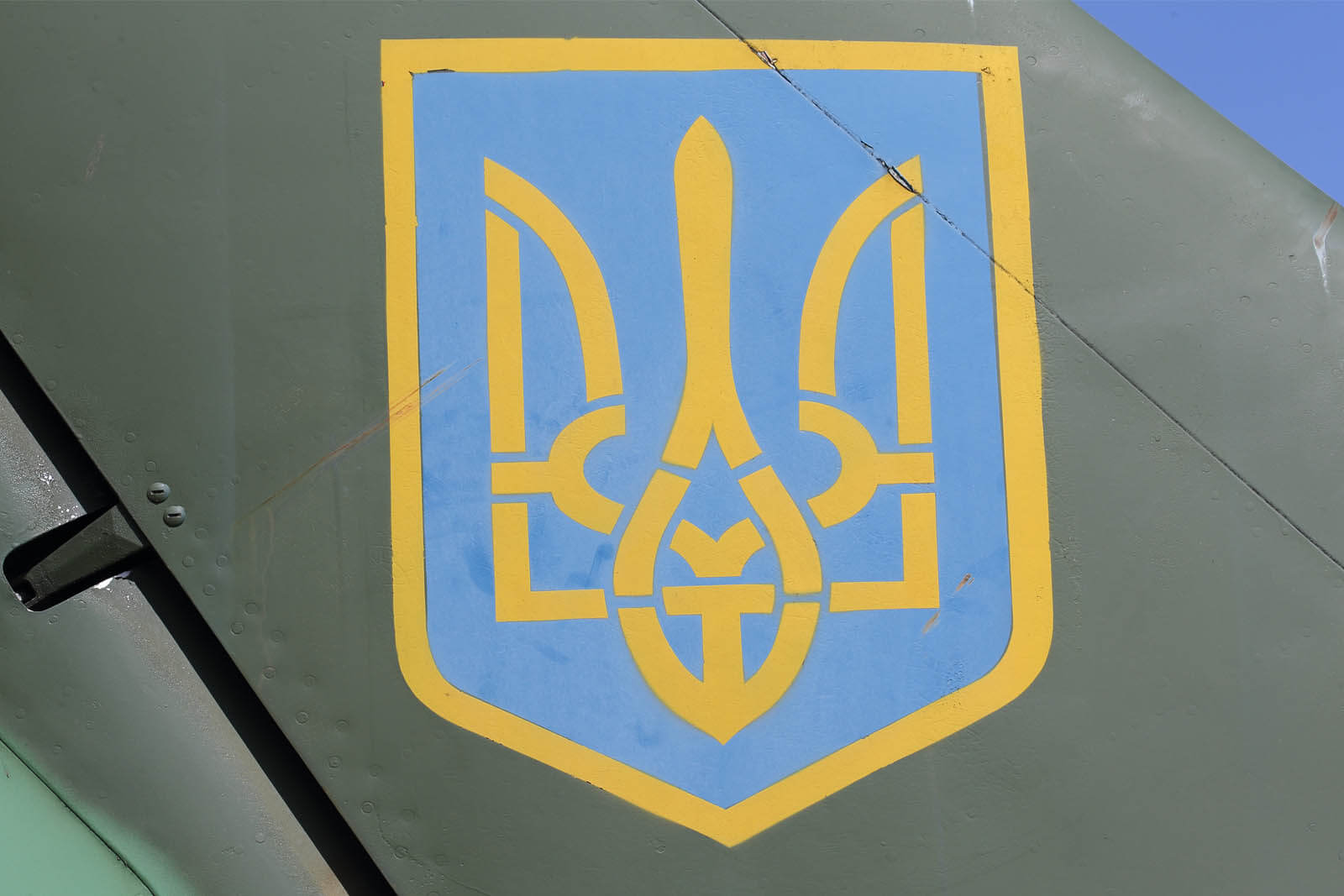 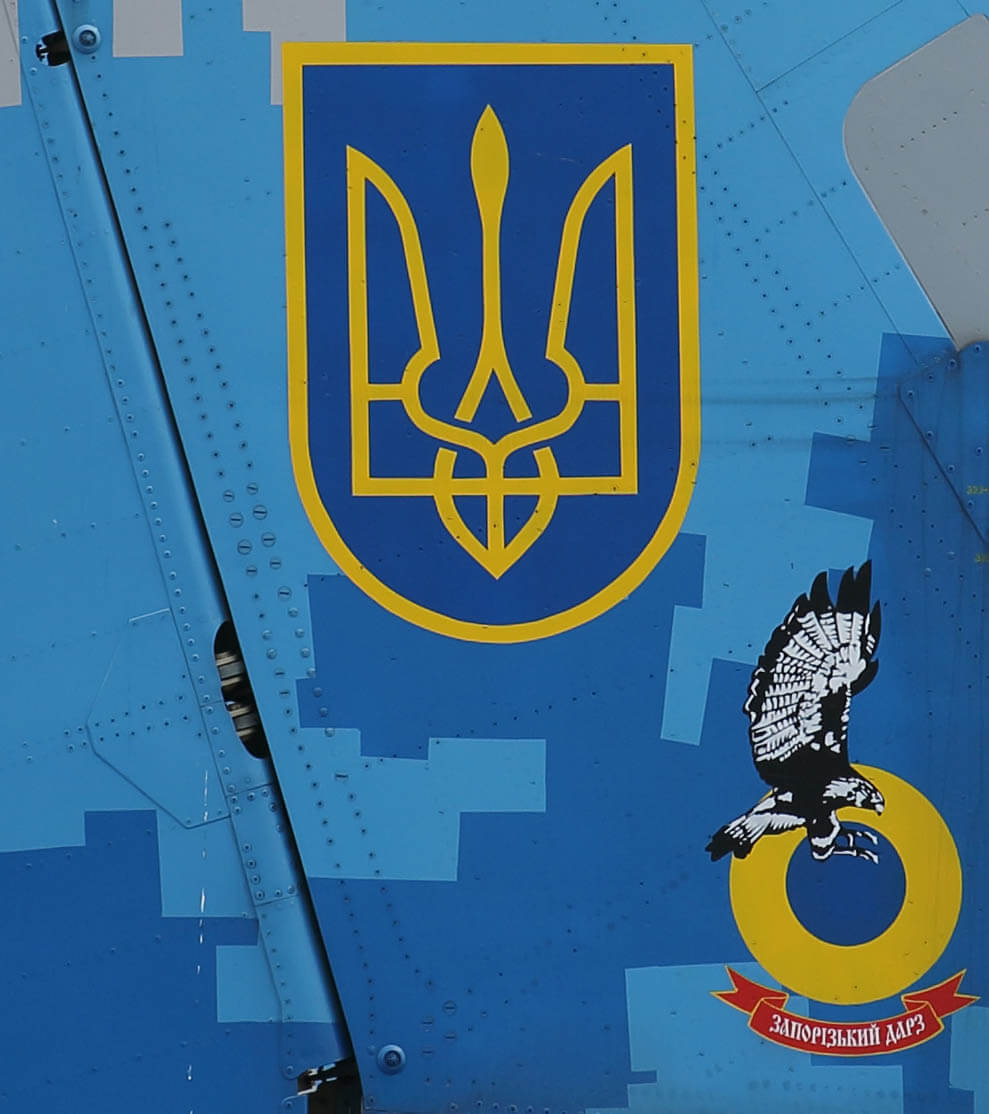 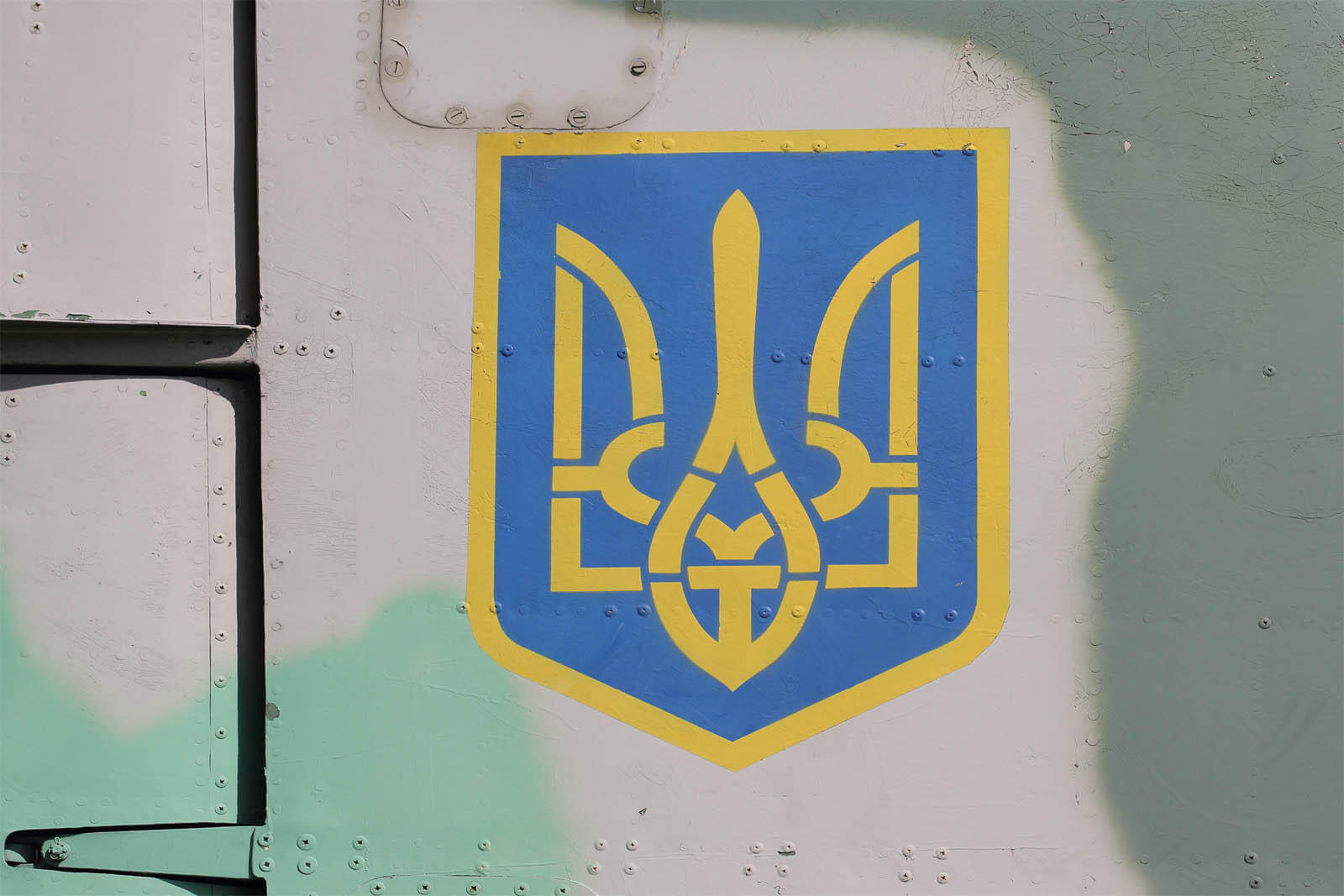 Since independence the 831st Tactical Aviation Brigade has been represented internationally many times.  In June 1998 a Sukhoi Su-27UB piloted by Lieutenant-Colonel Ivan Chernenko flew from Ukraine to North America for the first time, visiting Seymour Johnson AFB, USA (base of 4th Fighter Wing USAF).

In 2004 the display flight of Lieutenant-Colonel Fedir Tyshchuk was acknowledged as the best individual air demonstration on the Su-27 during the seventh International Aviation Show SIAD-2004 (Slovak International Air Display).

In 1997, the Brigade’s base of Myrgorod was visited by USAF pilots of 4th Fighter Wing with McDonnell Douglas F-15E fighters in the framework of the action “Community Air Bases”.  During the Second World War the 4th Fighter Wing had been based at Myrgorod in Operation Frantic (see the Poltava article on this website).

In August 1998, 1999, 2001 and 2008 pilots from the Brigade participated in the air military parades in Kiev.  Seven pilots of the Brigade were awarded the honour insignia by the Minister of Defence of Ukraine for participation in the air military parade of the 17th independence anniversary of Ukraine.  By the order of the Minister of Defence of Ukraine dated 21 August 2008 number 411, the 831st Tactical Aviation Brigade was given the honourable name “MYRGORODSKA”.

Today the Brigade is tasked with maintaining combat readiness, protecting Ukrainian airspace and providing aircraft on Quick Reaction Alert.  In common with Ukrainian Air Force Brigades, there are three subordinate squadrons of pooled aircraft.  Two Aero L-39Cs are operated for training and to maintain pilots flying hours, being cheaper to fly than the Sukhoi Su-27!

Aviation Press Limited would like to thank the Ukrainian Air Force for hosting our visit, Alexander Golz and Valeriy Romanenko for their assistance with the article as well as their help along with 4Aviation in arranging the visit.

Aviation Press and Alexander Golz own the copyrights to this article and photographs. 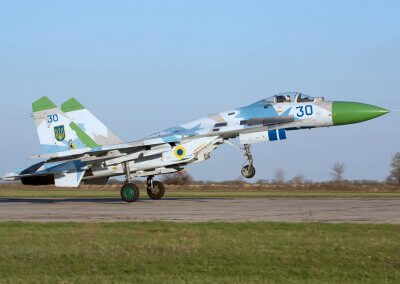 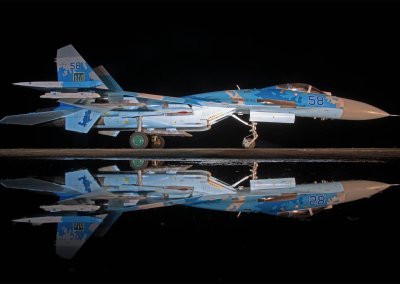 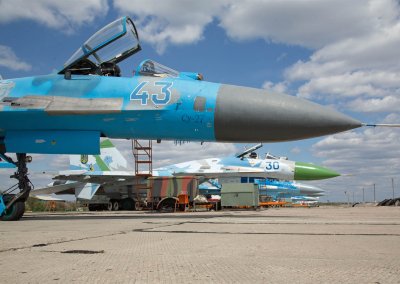 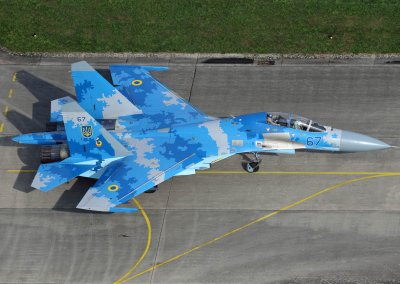 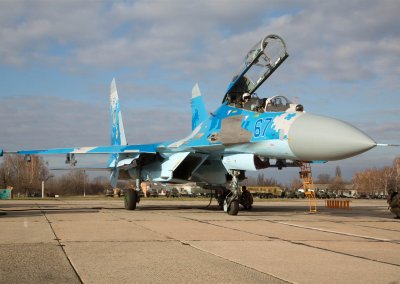 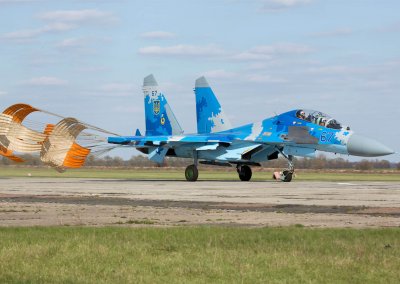 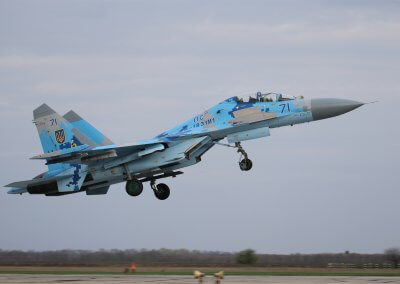 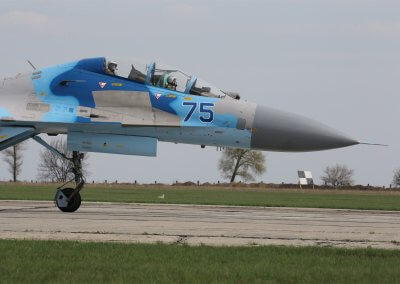 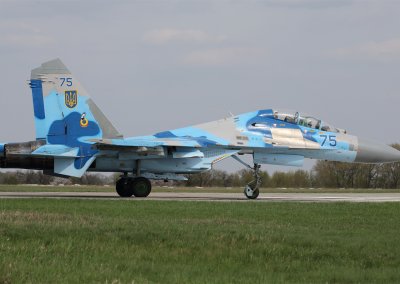 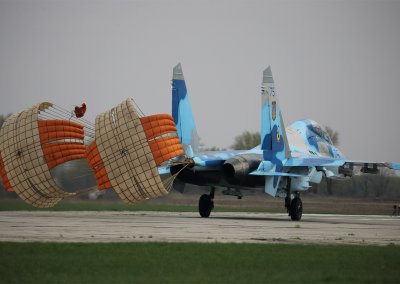 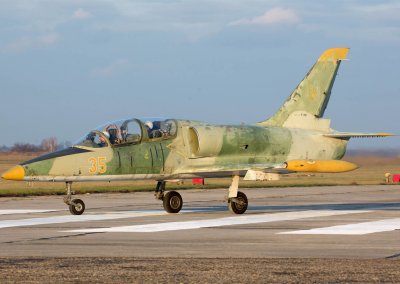 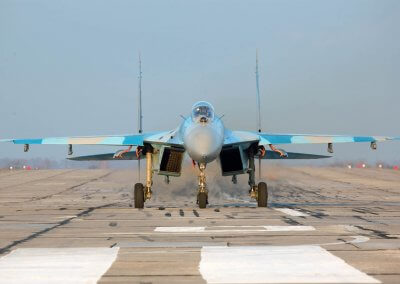 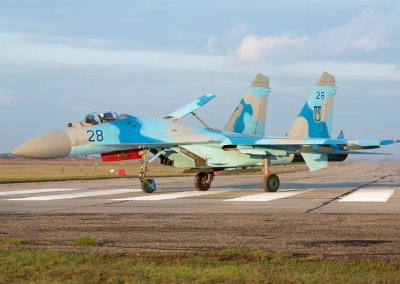