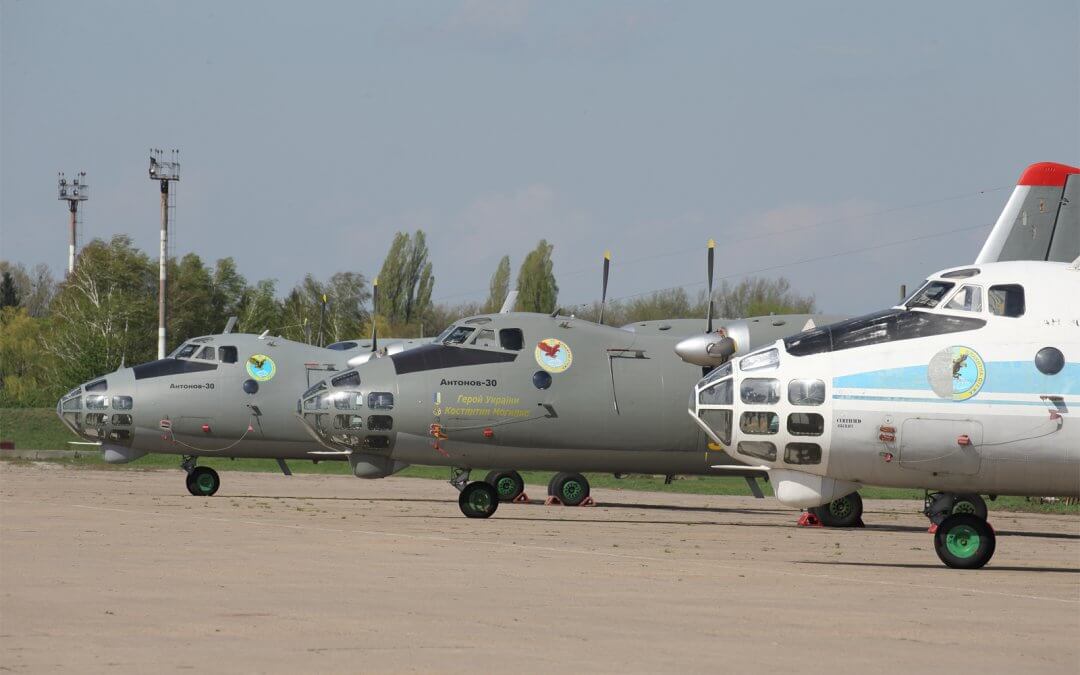 At the end of the war, the regiment’s Lisunov Li-2 and Polikarpov Po-2 planes carried out transportation for the Red Army units involved in repelling the last German counter-offensive near Lake Balaton, as well as in the liberation of Romania and Yugoslavia.  In January 1946 the regiment was reformed to peacetime status and became the 227th Separate Mixed Aviation Regiment of the Air Force of the Red Army (227 SMAR).

In March 1948, in the town Gostomel (Kiev region) the unit was redesignated as the 255th Separate Mixed Aviation Squadron, which was deployed at the airport Kiev-Zhulyany from November 1965 to May 1977, and in May 1977 was transferred to Kiev-Borispol.

Following the independence of Ukraine in 1991, the 1st Air Transport Regiment (1st ATR) of the Ukrainian Air Force was formed in 1994 on the basis of the 255th Mixed Squadron.  In 1995, the regiment received Antonov An-30B aircraft and personnel from the disbanded 86th Independent Long-Range Reconnaissance Squadron (86th ILRRS).  On February 17, 1997, the 1st ATR was reformed as the 15th Transport Aviation Brigade (15th BTrA,  military unit A2215).  Currently, the Brigade Commander is Colonel Dmitry Filatov, a military pilot of the 1st class.

Since the beginning of the 2000s the Brigade has consisted of 3 squadrons: 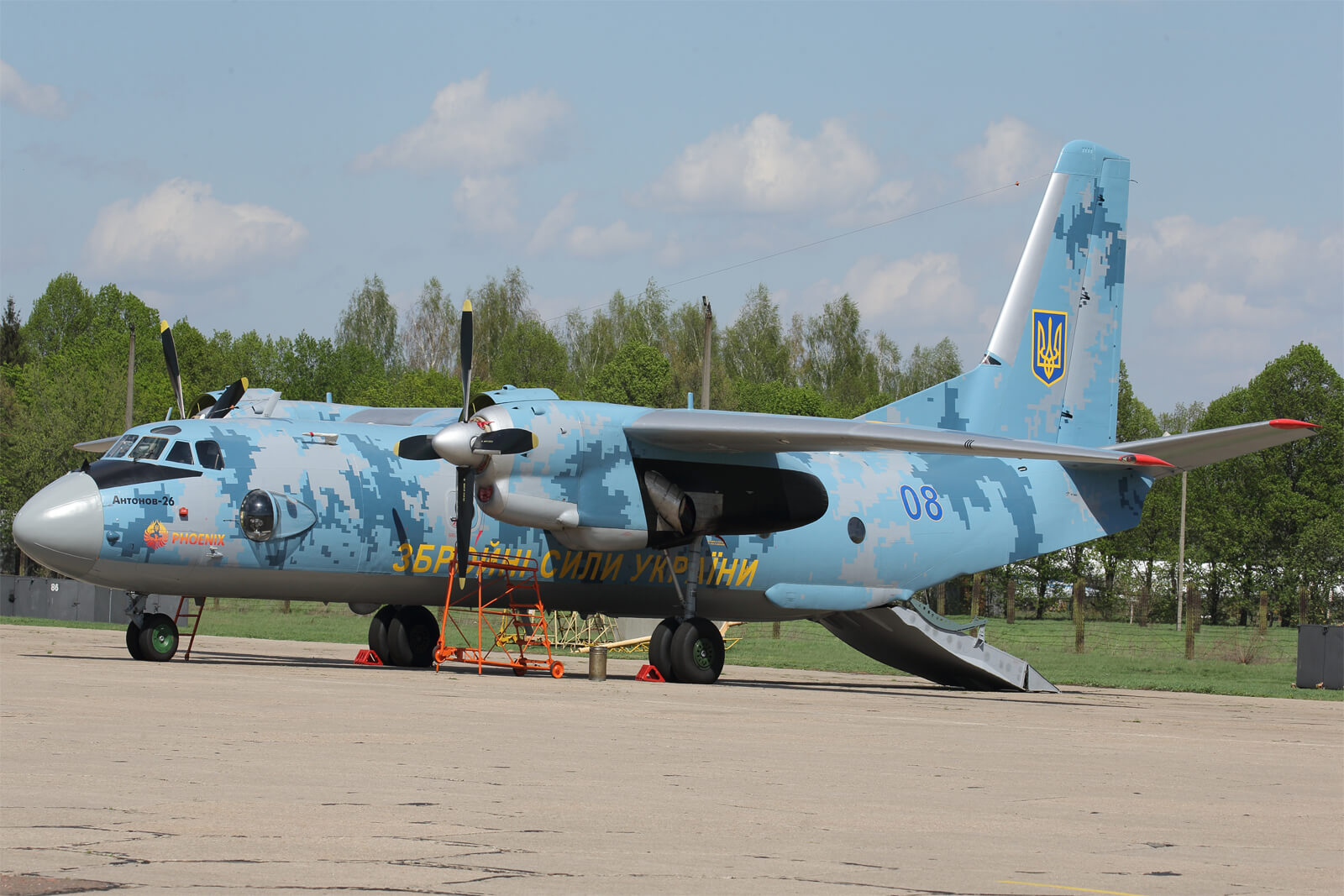 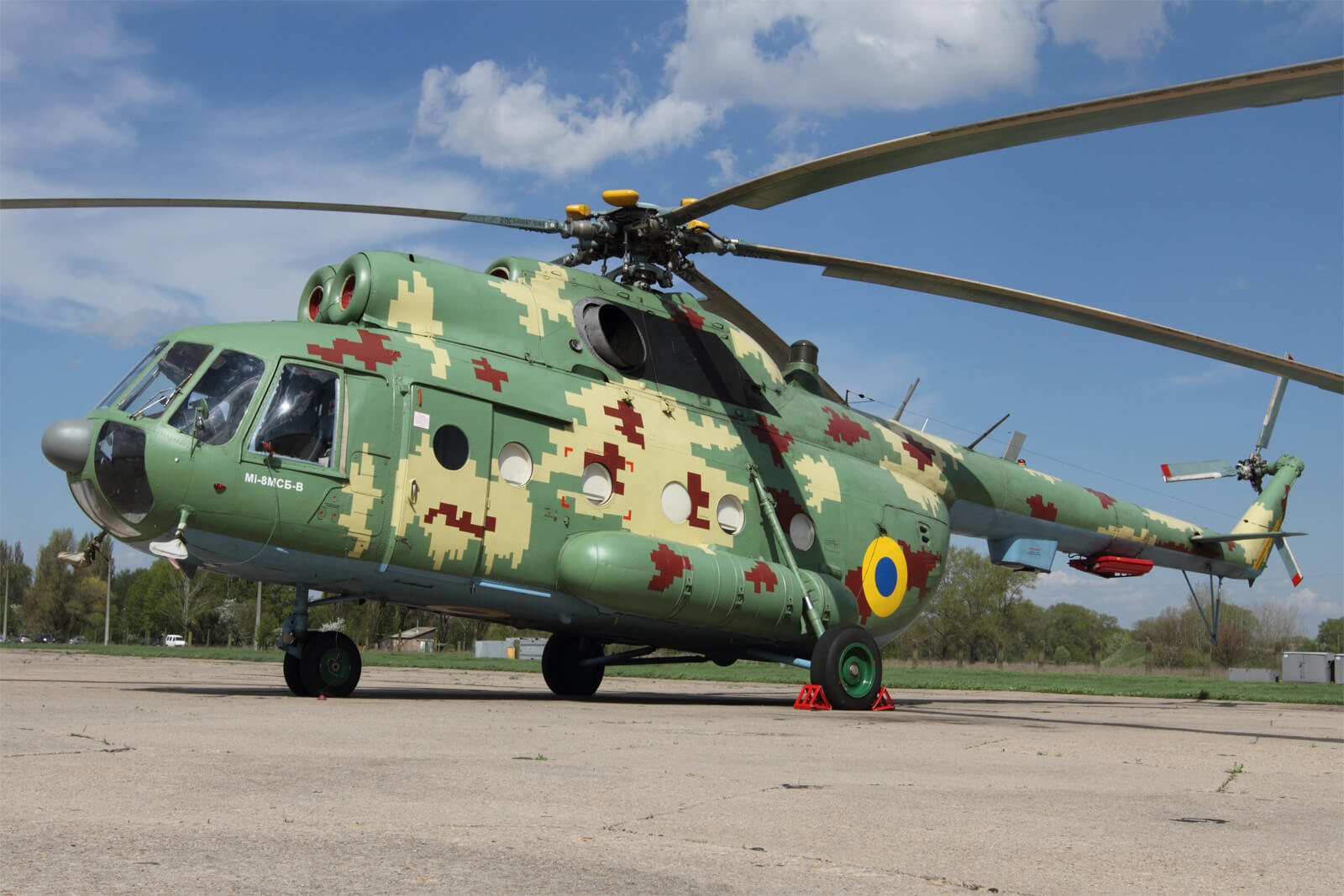 Crews of 15th BTrA participated in the war in Afghanistan (from 1981), and performed both standard tasks (aerial photography of the territory for mapping) and special tasks: visual monitoring of Mujahideen groups, vectoring of combat aircraft on weapon caravans and assistance in SAR operations.  The Brigade’s personnel also took part in various challenging peacekeeping missions in global hot spots such as Angola, former Yugoslavia, Iraq and Sierra Leone.  The Brigade has operated in more than 50 countries usually in the transportation of humanitarian cargo to areas of combat operations and natural disasters as well as performing aerial photography in support of disaster relief operations.

The most complicated and dangerous missions were performed by crews of the Brigade in response to the Chernobyl nuclear power plant disaster and involved aerial photography of the station with An-30B aircraft and the discharge of a lead-concrete mixture from Mi-8 helicopters to the reactor to contain the radiation.

Since 2014, the personnel of the Brigade have actively participated in anti-terrorist operations (ATO) in East Ukraine.  From the first days, the An-30B aircraft performed aerial monitoring of the area of operations.  Unfortunately, on June 6, 2014, An-30B board number 80 was shot down by terrorists over Slavyansk (Donets’k region).  Five crew members perished, among them “Blakytna stezha” Squadron Commander Lieutenant Colonel Kostiantyn Mogylko.  In memory of this tragedy one of An-30B of 15th BTrA (blue 86) carries the name “Hero of the Ukraine Konstantin Mogylko” on its board.

Also, the 15th BTrA was actively involved in delivering military and humanitarian supplies to the ATO zone, rotation of personnel, and aerial reconnaissance.

Since 2014 volunteers have actively participated in the replenishment of the fleet of the Brigade.  The Volunteer Group “Wings of the Phoenix” together with the Engineers of 15th BTrA restored an An-26 aircraft which had been stored for 10 years.  The restoration took four months.  This aircraft was named “Phoenix” (Yellow 05).  Subsequently, another An-26 has been restored and is often used in MEDEVAC missions (for transportation of wounded personnel in ATO to hospitals) and was named “Riatun’chyk” (savior) (Blue 08). Both aircraft received a specially developed pixel camouflage.

Since 2015, the aviation fleet of the Brigade has been replenished with repaired and upgraded aircraft (An-26 and An-30) from Ukrainian plants and Mil Mi-8MSB-V helicopters with new upgraded Ukrainian engines.

Aviation Press Limited would like to thank the Ukrainian Air Force for hosting our visit, Alexander Golz and Valeriy Romanenko for their assistance with the article as well as their help along with 4Aviation  in arranging the visit.

Aviation Press owns the copyrights to this article and photographs. 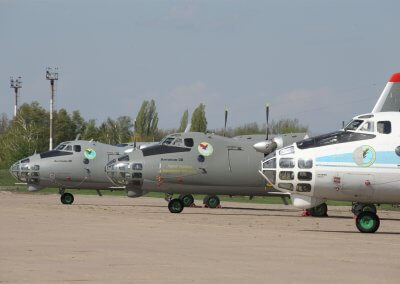 The Antonov An-30s of the Aerial Photography Squadron 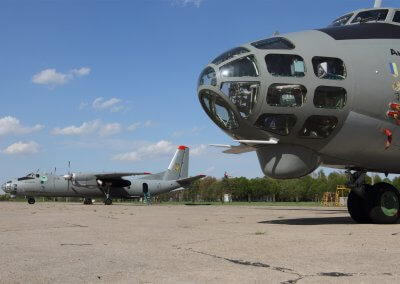 Antonov An-30 coded 87 blue of the Aerial Photography Squadron The impressive Antonov line on the ramp 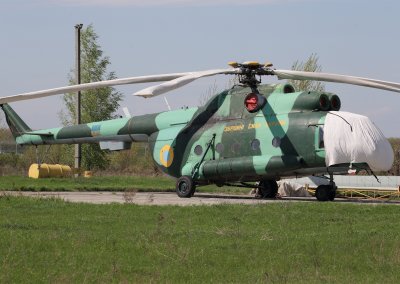 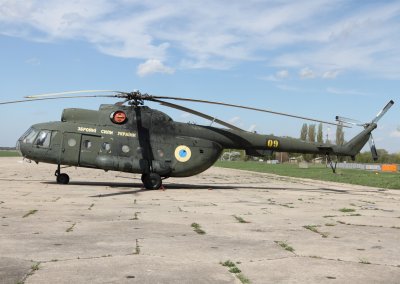 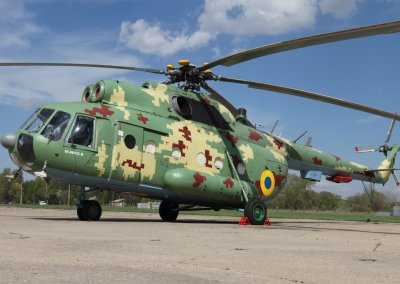 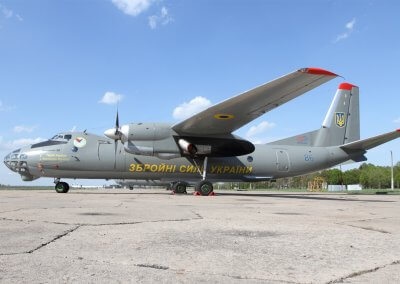 Antonov An-30 86 blue of the Aerial Photography Squadron 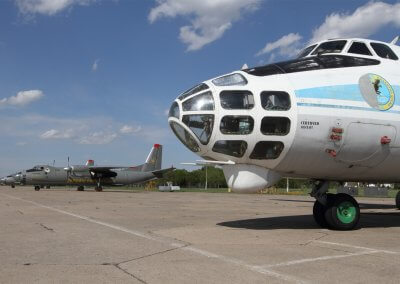 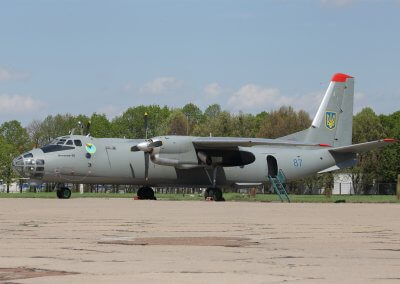 Antonov An-30 87 blue of the Aerial Photography Squadron 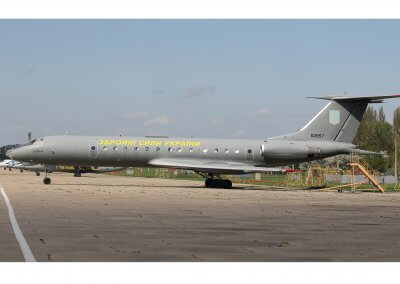 Antonov An-30 81 yellow of the Aerial Photography Squadron, seen many times in the UK